Nestled in Michigan and the central US is one of the most important resources in the country, maybe the world. No, we aren’t talking about cars – we’re talking about the Great Lakes!

People visit the area for many reasons, yet few are aware of the impact it has on the entire world.

For one, the Great Lakes are way bigger than most people think. They contain six quadrillion gallons of water, a volume which, according to Sustain Our Great Lakes, could submerge the U.S. to a depth of 9.5 feet!

That would account for 20% of the world’s freshwater supply, and enough for 40 million people in the US and Canada. It’s literally the drinking fountain of the United States.

Crazy enough, cities are fighting for that water. Legislature was passed in 2008 that would determine how states manage the Great Lakes’ water supply. It’s been pretty well safeguarded over the years, with many conservation agencies set up for its protection. 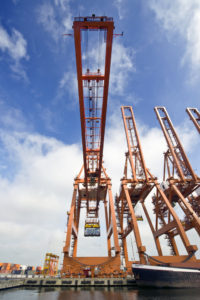 In all that area, you’d imagine it gets a fair amount of traffic. Beyond fresh water, the Great Lakes are also a huge source of jobs for both our country and Canada.

To be exact, the Lakes account for 1.5 million jobs, which translates into $62 billion in annual wages, according to a study by Michigan Sea Grant at University of Michigan. The bulk of that work is in manufacturing, followed by agriculture, tourism and then shipping.

With that water comes life. The Great Lakes region is booming with fertile ground and is an abundance source of wildlife. As such, two industries that do particularly well are agriculture and fishing, which account for billions of dollars in annual revenue. Piggybacking on those would be cargo shipping, which is far more efficient than rail or truck.

The Impact of Tourism

Like we said, many efforts have been put in place to protect the Lakes. Without them, the resources would be exploited quickly.

One way to contribute to the Great Lakes economy is to visit yourself! Tourism and recreation accounts for several billions of dollars in annual revenue, which can be attributed to both the local economy as well as restoration efforts.

We have cruises where you can enjoy summers in the Great Lakes, but they’re filling up fast. It’s one of our most popular destinations during one of the most beautiful times of the year.

Ready to explore? Call our office to plan your Great Lakes cruise, one of the most vital places on Earth!