The Mississippi River meets the Illinois River and is a beautiful cruise through charming small towns and bustling metropolitans.

3River Cruising
Enjoy the beautiful ship you're cruising on, with history lessons from the Riverlorian, tales of Mark Twain, or simply watching the gorgeous scenery from the deck.

4Columbus, KY
Originally known as "Iron Banks," Columbus is western Kentucky's oldest town with a population of under 200, and is close to the site of the Battle of Belmont across the river.

5Chester, IL
Take your pick of 4 included shore excursions: Cohen Memorial Home, The Spinach Can Collectibles and Museum, The Courthouse and Randolph County Museum, or the Welcome Center.

6Grafton, IL
Grafton, the oldest city in Jersey County, will impress you with its quaint shops and restaurants, as well as its museums and local wineries.

7Havana, IL
Head on over to Lincoln's New Salem, for a self guided tour of the recreated town where Abraham Lincoln lived from 1831 to 1837. It features 12 log cabins, a school, stores, a mill and more! An in costume greeter will start your visit, and send you on your way, like stepping back in time, to the time of Lincoln!

8Preoria, IL
Preoria was established in 1691 by a the French explorer Henri de Tonti, and is the oldest European settlement in Illinois. It has become a major port on the Illinois River and is a trading and shipping center for large agricultural area. Fun fact: the phrase "Will it play in Peoria" originated from the Vaudeville ear and and was well known thanks to Groucho Marx.

9Disembark in Ottowa, IL
Thank you for cruising on the American Countess! We hope you have a safe journey home, or extend your stay in Chicago with a hotel package. 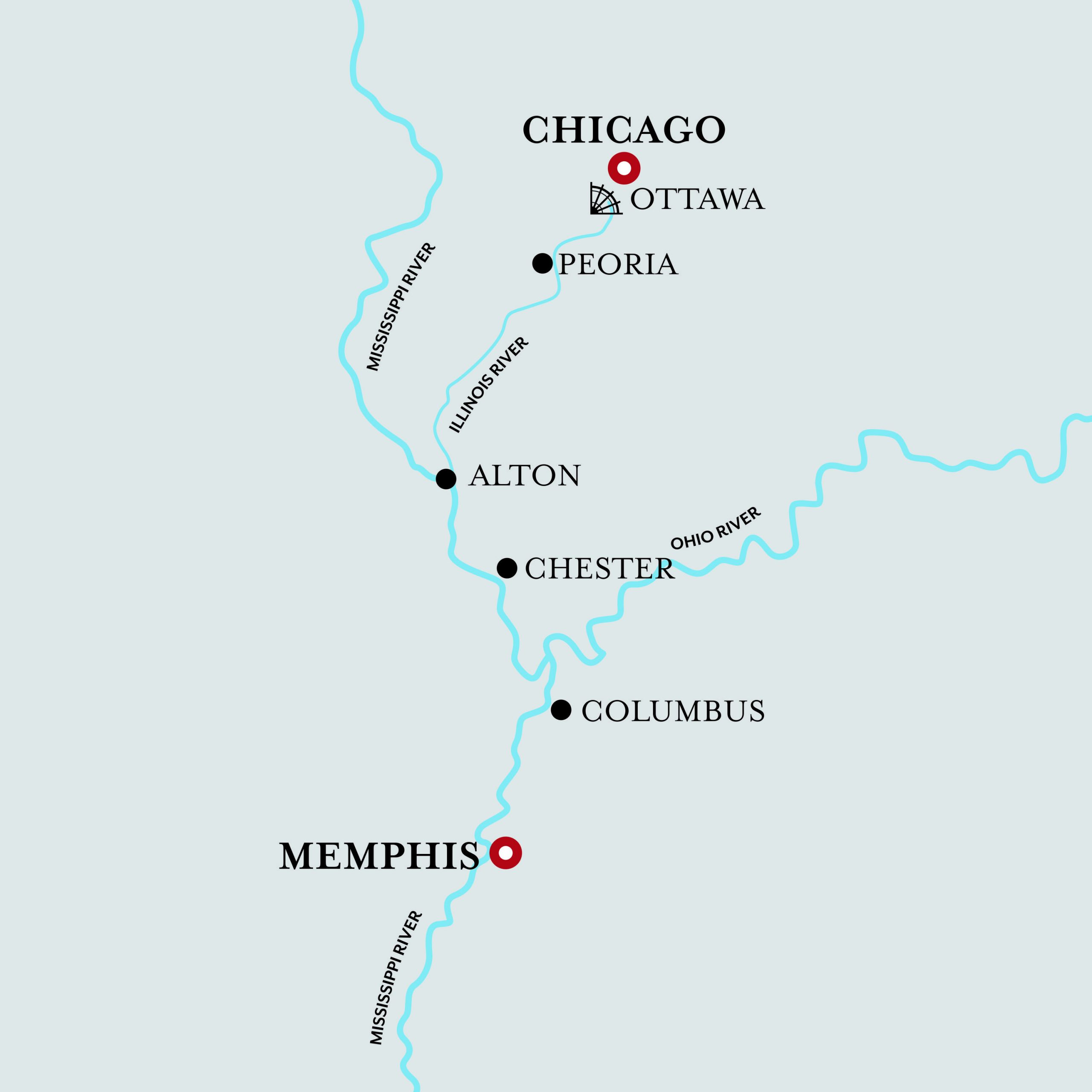 Read more about the American Countess

Dining is an uniquely American experience aboard the ship. Local ingredients used to create regional delicasies will charm your tastebuds. In addition to the main dining room, there are also an alternative venue for breakfast, lunch and dinner, as well as 24-hour room service for your convenience.

You’ll spot the buses right away – they look just like the ship! Two buses travel alongside the boat from port to port. At every port, you’ll be able to board these buses for the Hop-On Hop-Off shore excursions. The bus will have a set route in the town, and you can ride until you see someplace you want to go. Then catch the bus the next time it comes thru.