If you’ve been itching to visit Music City, USA,  there’s no better time to do it than before or after a cruise along the Mississippi River. Nashville, Tennessee is a bucket-list destination for country music lovers, but the state’s vibrant capital has a lot to offer for foodies, history buffs, and cruise-lovers,  too. 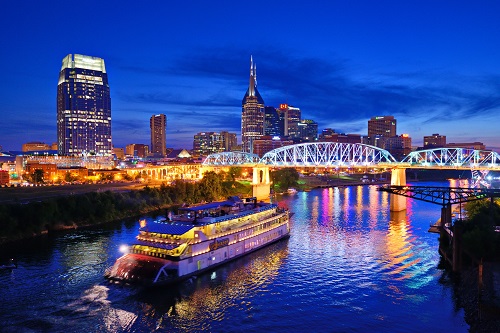 If you’ve got a few days to kill in Nashville, there are an endless number of museums, honky tonks, restaurants, and other sights to take in. But, we’ve listed a handful of attractions to top your list below.

The Country Music Hall of Fame and Museum

You simply cannot vacation in Nashville without touring this shrine to the history and tradition of country music. Celebrating greats like Hank Williams, Johnny Cash, and hundreds of other legendary inductees, the museum offers 350,000 square feet of gallery, archival, auditorium, retail, and restaurant space to enjoy. You can even catch a Songwriter Session, Instrument Demonstration, or Artist-in-Residence performance. If you’re a not fan of country music now, you will be when you leave this place.

Right off of Music Row (which is also definitely worth seeing), and about a mile and a half from the Country Music Hall of Fame and Museum, is the Historic RCA Studio B where dozens of country and pop artists have recorded. In its heyday, between 1957 and 1977, legends like Dolly Parton and Elvis himself recorded hit after hit in this magical space (Book our Elvis themed cruise in December!), establishing Nashville as the music epicenter it is today. And since then, it has also been the birthplace of hit songs from Wynonna, Martina McBride and Carrie Underwood. The only way to see it is to take a tour bus from the Hall of Fame, and reservations are a must. 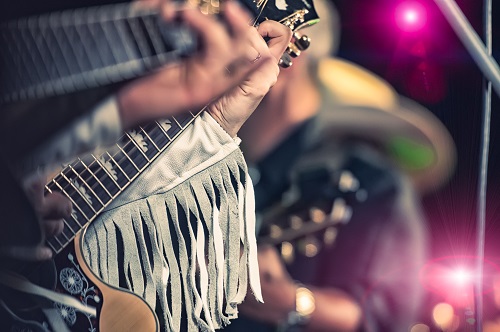 It’s been called the “home of American music” and “country’s most famous stage.” What started as a radio broadcast in 1925 has become a live entertainment phenomenon steeped in rich tradition. The Grand Ole Opry is an icon in Nashville, showcasing a mix of country legends and today’s chart-toppers. It’s an experience you can’t miss. Check out the Opry’s calendar to see who’s playing when you make the trip to Music City.

If you don’t make it to an Opry show, head on down to any one of Nashville’s famous honky tonk bars for the next best thing in live country music, many of which are within walking distance of the CMA Convention Center. These juke joints are where so many of today’s biggest artists got their start, and you could witness the beginning of another star’s career any night (or day) of the week. Lots of these places also have memorabilia that you would not believe!

For The History Buffs

As an homage to Nashville’s nickname, the “Athens of the South,” a full-scale replica of the original Parthenon in Greece was built in 1897 as part of the Tennessee Centennial Exposition. It stands today as the centerpiece of Centennial Park just west of downtown Nashville. In the early 20th century, the structure was used a backdrop for theater productions that featured chariot races, huge dance numbers and pyrotechnics. Today, the building houses various art exhibits and classical theater productions are often held in the summertime. 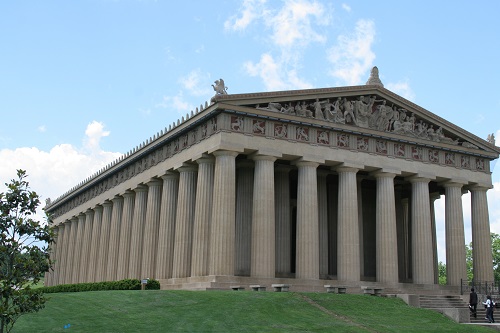 Before our civil war themed cruise aboard the American Queen, take a walk through Andrew Jackson’s life and home (Rated the third best Presidential Site in the nation by USA TODAY). Explore a beautiful old Tennessee plantation and experience an important piece of United States history. Enjoy a tour guided by friendly, well-informed folks dressed in timely garb, then spend as long you like relaxing on the grounds and soaking up the antiquity. You can even pay your respects upon Jackson’s resting place.

When you dine out in Nashville, it’s hard to miss the “Meat and Three.” Dozens of southern style restaurants serve a rotating selection of meat options alongside three delicious side dishes (think fried chicken, mac and cheese, okra, and green beans with cornbread. Yum!) Arnold’s Country Kitchen is one of the best meat-and-three spots in town (don’t mis their creamy banana pudding). Since it opened in 1981 it’s been dubbed an american classic, recognized by Southern Living Magazine and The New York Times, and featured on Diners, Drive-Ins and Dives.

If you’d like to slip away from all the crowded bars, try the Patterson House on Division Street. It’s a quiet speakeasy-type bar that locals love, with a hush-hush sophistication and dapper bartenders that stir and shake in Capone-style getups. You might even spy a celebrity sipping their signature Jennings cocktail if you’re lucky. Try the famous tater tots!

Contact USA River Cruises today to book a trip that begins or ends in Nashville! We’ll help you create the perfect vacation!