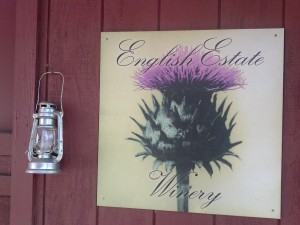 Your cruise ship is docked in Portland, OR or Vancouver, WA. What are you going to do?

I just visited the English Estate Winery in Vancouver, and got an education on Pinot Noir! I know nothing about wine, other than what I think tastes good and what doesn’t. So Andee was very patient with me, describing why the wines tasted the way they did.

1st thing I learned: Boxed wine! Don’t stop reading just because I said boxed wine. It actually has become a very smart part of the business. BIBB stands for Bag In 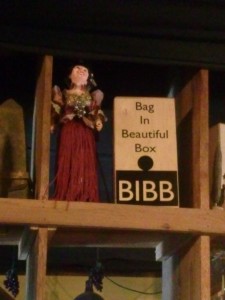 Beautiful Box. If a tasting room serves wine out of a bottle, but they don’t use a whole bottle… the wine is wasted. That’s too tragic! So they began serving in the tasting room out of boxes to avoid waste. English Estate implemented a system of beautiful wood boxes, and the wine is kept in beautiful bags, as well. The customers were so impressed with the boxes and bags system, they demanded to buy the wine by the box as well. The owner was literally opening wine bottles to fill bags to sell. So now, you can buy wine by the bottle or the BIBB system. Once you purchase a ‘Beautiful Box’ you can refill it by purchasing new bags to put into the box. Oh, and did I mention that each bag holds the equivalent of 4 bottles?

2nd thing I learned: No oak makes a difference. I tried their Sauvignon Blanc 2013 and the flavor was so crisp and fresh! Andee said it’s because they didn’t use oak! They are not anti-oak, because they did use it for other things. But the presence or absence of oak really makes a difference in the weight of the flavor. (Can flavor have a weight? That’s the best I know to describe what I had.)

4th thing I learned: The year really does make a HUGE difference! Andee walked me through a progression of Pinot Noirs. We began with the 2008, and it 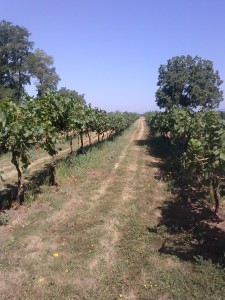 was delicious. I tried to pay attention to the flavor as it lingered, so that I could compare it to the next. She poured me the 2009. Just from the smell I could tell it was different! I was shocked, because I thought that differences in years were something that only sophisticated wine drinkers could distinguish. But 2009 was an extremely hot summer (I remember it well!), and it left the wine with a spicier flavor than the 2008. There was no difference in technique from 2008 to 2009, just the hotter sun! Finally, Andee poured me a taste of the 2012. It was very different from the others. For that year, they actually did use oak, and they also reintroduced skins at a later point in the process. The wine was much darker that the first two, and definitely had a more traditional wine taste. I know I’m not a wine expert, but I preferred the 2008.

5th thing I learned: Pinot Noir Brandy exists! English Estate sends some of their Pinot juice (before fermentation) to a local distillery, and they make Pinot Noir Brandy! Andee poured me a small taste of one of their nectars. I honestly don’t know which one it was, but it was delicious! Superb! Magnificent! Pretty darn tasty!

Their tasting room – the Loafing Shed – is open year-round, Fridays thru Mondays from 12-6pm. And they have live entertainment and serve dinner Friday nights. 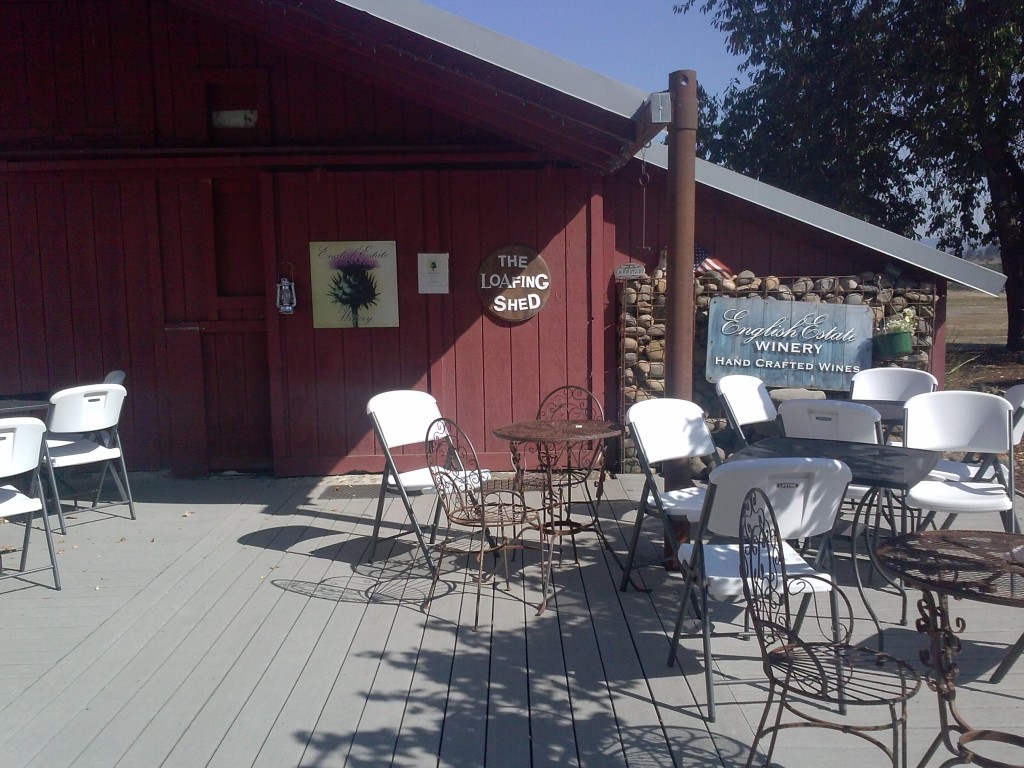