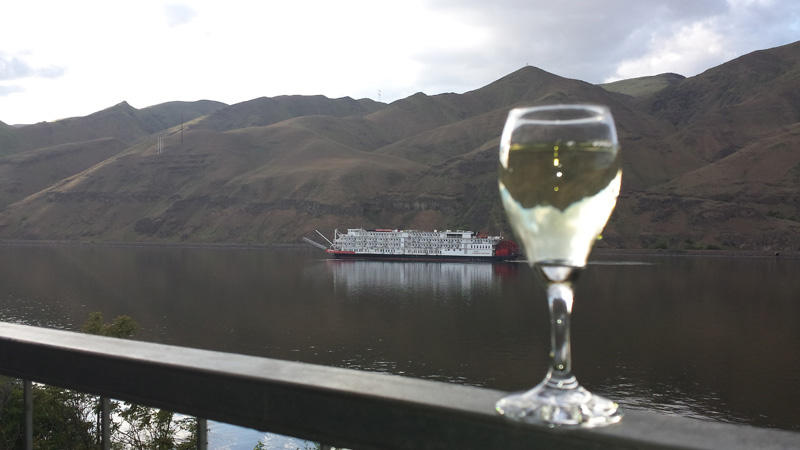 These theme cruises have the added benefit of receiving a wine education! You’ll enjoy fine wine and hear from winemakers, experts, and participate in lectures, shore excursions and wine tastings.

Wine lovers, these cruises are for you!

Un-Cruise Adventures: Sipping and glaciers combine on this seven-day Alaska cruise aboard the 84-passenger sailing yacht Safari Endeavour. With Kevin Correll of Barrage Cellars boutique winery in Woodinville, WA on board, the focus is on the vineyards of Washington State, along with fine barrels from France.

AmaWaterways:  This river cruise line has a whole series of wine cruises featuring noted vintners — 17 total this year. Most of the sailings are in the fall and spring, including on the Danube, Mosel, Rhine, Mosel, Douro and Seine rivers. Onboard the “Celebration of Wine” cruises, top wine experts including Peter Marks, Master of Wine, Constellation Brands, one of only 24 Masters of Wine in the U.S., lecture and lead tastings on a Paris & Normandy cruise embarking November 13.

American Cruise Lines: Cruise for a week on the Columbia & Snake rivers with Regina Daigneault, a Master Sommelier and wine pairing expert. Visit vineyards including Barnard Griffin and Domaine Pouillon. The sailing is October 18 on the 120-passenger paddlewheeler Queen of the West, from Clarkston, WA. to Portland, OR. There are also other wine cruises on the small ship line’s calendar including on the Puget Sound and San Juan Islands in the fall and spring.

Paul Gauguin Cruises: Cruise through paradise in the Society Islands and Tuamotus while hearing from Daniel Baron, winemaker at Sonoma’s Silver Oak Cellars. The 10-day cruise on the Paul Gauguin, embarks from Papeete, Tahiti on December 3. Baron will lead lectures and wine tastings.

Windstar Cruises: Explore the wines of Spain on an eight-day cruise on the Wind Surf, embarking on November 15. Sailing from Barcelona to Lisbon, passengers will have opportunity to sip their way through regions such as Andalucía and Catalonia, visiting places including Jerez de la Frontera, the “Sherry Capital of the World,” and the Museo de Vino in Mijas, Spain. Two complimentary themed excursions are included in the cruise fare. Offering expert commentary onboard will be Stephen Metzler and Almudena de Llaguno, founders of Classical Wines.

Oceania Cruises:“Food and Wine Trails” is hosting several theme cruises on Oceania ships. For instance, vintners from New York’s Paumanok Vineyards and Maryland’s Black Ankle Vineyards will be on the Insignia on a 10-day Barcelona to Lisbon cruise, embarking August 5. Group activities include private parties and tastings and a winemakers dinner.