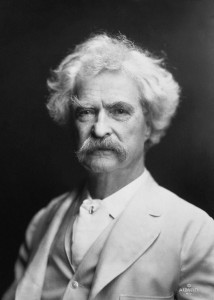 Mark Twain (born Samuel Clemens) was the prolific American author that no one could ever forget! His words haunt the American memory as no others’ could. Although he passed in 1910, his words live on. But, did you know Mark Twain has his own website? It’s true! The Official Website of Mark Twain, “has everything you want to know about this literary icon.” Turns out the company in charge is committed to maintaining a positive brand image for their ‘client.’ I don’t think it should be too hard for them, as he is a national treasure. But we thank them for continuing on.

Mark Twain couldn’t just die. He must always live on the American consciousness – thereby living forever! There are many groups who keep his work alive. Academically, there exists The Mark Twain Circle of America. They are active with many literary associations, as well as the Mark Twain House and Museum. The museum offers guided tours daily at Twain’s Hartford, Connecticut house. To support the Mark Twain House & Museum, you can join the Samuel Clemens Society, whose donations continue the museum in Connecticut of Twain’s favorite Hartford home. If staying up to date on the latest Twain scholarship is important to you, you can join Twainweb, a web service for Mark Twain Forum.

If you’d rather just enjoy Mark Twain, he has fan clubs! The Mark Twain Fan Club page doesn’t seem to get a lot of action, but does put posts up regularly. It’s from the point of view of Samuel Clemens. Fun, but maybe a little odd. The University of Virginia operates the site Mark Twain in His Times, which allows access to manuscripts as well as reviews and articles about how Twain’s work was received. If you’re just looking for a site of quotes and articles, check out TwainQuotes.com. Of course PBS has a page devoted to Twain! You can even order Ken Burns’ movie about Mark Twain from their site.

Love of the Mississippi

We read in Mark Twain’s writings of his love for the river.

The Mississippi River will always have its own way; no engineering skill can persuade it to do otherwise…
– Mark Twain in Eruption

When I find a well-drawn character in fiction or biography I generally take a warm personal interest in him, for the reason that I have known him before–met him on the river.
– Life on the Mississippi 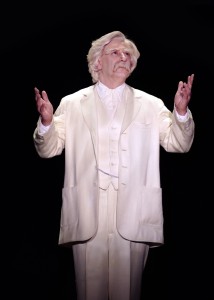 Today’s Mississippi River cruises celebrate the influence of Mark Twain, and greatly appreciate his appreciation of the river. Every year there are cruises dedicated to him, with impersonators onboard to bring his words to life! If you cruise the central region, you may visit Hannibal, Missouri, home to the fictional characters of Tom Sawyer and Becky Thatcher, as well as the actual boyhood hometown of Samuel Clemens, himself.

Check out our Mississippi River cruises!