Our clients – Kathy & Larry from Texas – are currently enjoying a European cruise, and want to share highlights of their trip with you. They’re cruising the Danube River on Viking River Cruises from Passau to Budapest aboard the Viking Vili.

From Larry in Passau, Germany:

“We arrived in Passau… It is getting dark here about 4:30 in the afternoon and snowed on us this morning. Passau has 50,000 people and is the last major city in Germany on the Danube. The people here refer to themselves as Bavarians and are very proud of their beer, in the summer they have a fountain in the square that you can fill your stein and after a few the brown water of the Danube will look blue.” 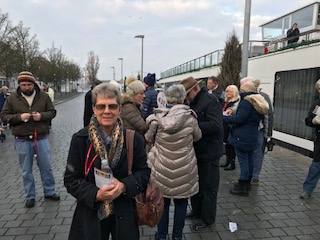 “We started the day with a walking tour of the city and a look at architecture of Europe… Passau was destroyed by fire in the 1600’s during its Gothic wooden structured phase. The king wanted to rebuild everything with brick and mortar in the Baroque style that would no burn. I guess you may have hear, ‘If it’s not Baroque, fix it.’ We ended up at a ABC (*Another Bloody Cathedral), St. Stephan Cathedral, which took 132 years to build and houses the world’s 2nd largest pipe organ with 17,974 organ pipes. We attended a concert in the cold refrigerated cathedral and felt that a steam generated organ might have been more practical.” 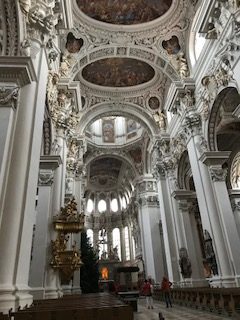 “The highlight of the day was the Christmas market where we had a bratwurst on a bun with mustard and a cup of gluhwein (*mulled wine). We could have spent the day there, but I don’t think they had enough gluhwein.” 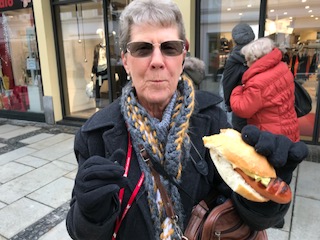 From Larry in Linz, Austria:

“Today we toured Linz, Austria. Linz is the 3rd largest city in Austria with a population of 200,000. Linz is known for the oldest recipe for cake in the world that dates back to 1653, the Linzer Torte. It was the crossroad of trade for Central Europe before rails… We spent a good part of the morning warming up with hot cups of gluhwein and sampling all the confections at the Christmas market. From what I can remember we especially enjoyed the candied cashews and macadamia nuts, Wiener Schnitzel wrapped in dough similar to pie crust and then fried, and the gluhwein. It was sure cold. Auf Wiedersehen” 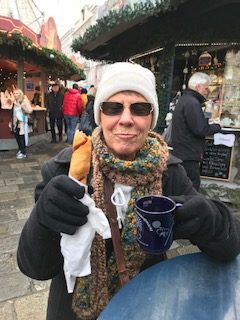 From Larry in Vienna:

“We made two of the Christmas markets and ate and drank our way thru both of them.” 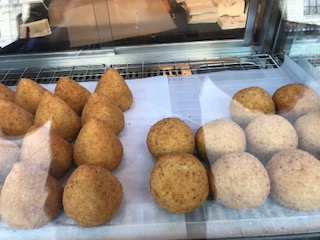 “Before arriving in Vienna we made a stop in Melk, Austria and went to the Melk Abby which is an active abbey with 33 monks in residence It is now also used for a private catholic school and also museum. The museum was previously the residence of the Hapsburg family and used as a respite on trips around their kingdom. In Vienna we did the Christmas markets which are spread our all around the city. By using the D Tram and the metro we were able to visit them with much less walking… Yesterday evening we took a bus to the outskirts of Vienna to a cafe owned by the Heurigen family where we had wonderful meats and cheeses while tasting ‘new Austrian wines.’ Some are decanted straight from the presses and others are bottled but not aged hence new wines. The bottled wines we tasted were this years vintage. Lots of fun! Having a much too short stop in Bratislava, Slovakia we are cruising down the Danube on our way to Budapest. Most of us will bundle up and go to the sun deck to view the river and lights of the city as we enter Budapest around 10 pm our time here.”