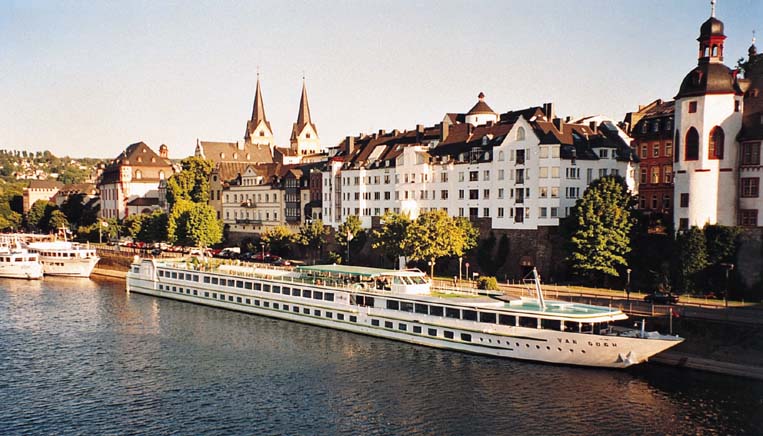 After reports of a ship expansion during a christening ceremony last month, Viking Cruises has confirmed that they have placed an order for 12 new river cruise ships for next year. In 2015. Viking will add 10 Longships and two vessels for the Elbe River, bringing their fleet total to 64.
Viking has stated that the 2015 190-passenger Longships will continue featured their signature off-center corridor design, indoor/outdoor Aquavit Terrace, and varieties of stateroom categories that range from 445-square foot suites to French balcony staterooms.
They’ve also offered up a few more tidbits about the two ships that will cruise the Elbe River. The new vessels that can both house 98-passengers will be named Viking Astrild and Viking Beyla. Being smaller than the Longships, they’ll be able to navigate the shallower waters of the Elbe, running between southeastern Germany and the Czech Republic. But similar to the Longships, the Elbe vessels will also have an Aquavit Terrace and a wide range of stateroom categories.
These 10-Day Elegant Elbe itineraries include pre- and post-cruise stays in Berlin and Prague, as well as stops in Magdeburg, Wittenberg, and Dresden in Germany.
For 2015, Viking is also offering two new Rhine itineraries: the eight-day Legends of the Rhine and the 10-day Rhine Rhapsody.
Give us a call for reservations, or if you’d like additional information sent your way! (800)578-1479
Viking Cruises Orders 12 New Ships for 20152014-05-052014-05-05/wp-content/uploads/logo-white.svgUSA River Cruises/wp-content/uploads/logo-white.svg200px200px
Resources
Cruise Specials Newsletter