Patrick Henry roused the men of the American colonies to arms with his famous 1775 line, “I know not what course others may take; but as for me, give me liberty or give me death!” And soon after, the war for American independence began. So much of American history can be found along the shore of the Chesapeake Bay. Annually in the Spring and Fall, you can cruise the waters of the Chesapeake Bay aboard the American Constitution on the 10-night cruise, roundtrip from Baltimore. This longer Chesapeake Bay itinerary offers a chance to dive deeper into the American history in the region. What will you see on your American Revolution cruise? 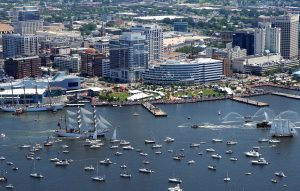 Naval Station & MacArthur Memorial
Norfolk has the largest Naval Station in the world, home to dozens of ships, submarines and more. Explore the station to learn more about the history of the base and the aircraft and ships that have been based there. Also stop at the MacArthur Memorial to learn more about Army General Douglas MacArthur. In 1960, Norfolk paid to restore the old Norfolk City Hall to be used as a memorial for MacArthur, and today includes nine museum galleries reflecting his 50 years of military service, as well as the crypt where he and his wife Jean are buried.

Wright Brothers National Memorial
Hop aboard a motor coach and head south to historic Kitty Hawk, NC. A park ranger will show you the place where history was made, and the visitor center has exhibits and reproductions to tell the story of the Wright brothers and their attempts at flight. For the best view, climb Big Kill Devil Hill! 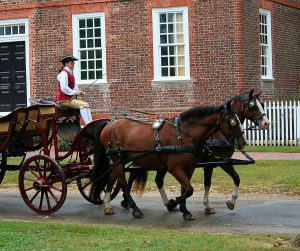 Colonial Williamsburg
Be transported to the 18th century as you walk the streets of Colonial Williamsburg – one of the sites in the Historic Triangle! History lives as you interact with tradespeople and master craftspeople who can show you their perfected, period-appropriate techniques.

Yorktown Trolley
Site #2 in the Historic Triangle, Yorktown maintains its link to 18th century life. Originally founded in 1691 as an English port for shipping tobacco, the town grew in importance, and was the location of the last major battle of the Revolutionary War. The complimentary trolley will take you to the important sites around town, including battlefields and historic buildings. You can also find a restaurant for a bite to eat or stroll along the waterfront.

Jamestown Settlement
The final leg of the Historic Triangle is Jamestown, the first English colony permanently established in America. The three ships that sailed from England to Virginia in 1607 have been re-created for your exploration, as well as a Powhatan village. Historical interpreters will demonstrate 17th century daily life for you.

National Monument Exploration
Which D.C. monument has always been on your to-do list? The U.S. Capitol? The White House? The Supreme Court? How about the Washington or Lincoln Memorials? There’s also the beautiful Thomas Jefferson or Franklin Delano Roosevelt Memorials. And many consider their visit to Washington, D.C. incomplete without visiting the World War II, Korean War Veterans and Vietnam Veterans Memorials. 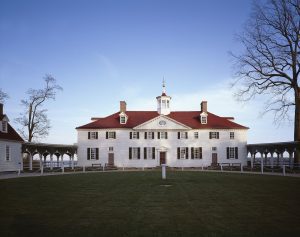 President George Washington acquired Mount Vernon in 1754, slowly growing the house into the 21-residence that it is today. The mansion is maintained as it was in 1799. The guided exploration is a must, following which you’ll be able to explore the gardens and visit Washington’s Tomb.

US Naval Academy Excursion
The United States began launching their own Naval ships in 1797: the United States, the Constellation, and the Constitution. A Naval Academy was deemed a national necessity in 1825, and opened in 1845. Walk the grounds and hear stories from the expert guide of the experience officers have in their training. 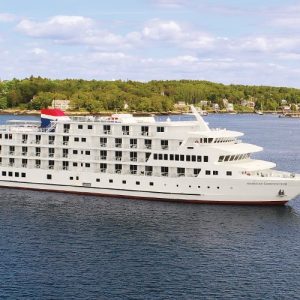