Everyone can name the 5 Great Lakes, right? Huron, Ohio, Michigan, Erie and Superior! (In case you couldn’t, remember the acronym, HOMES.) The Great Lakes have been fantastic vacation destination for generations. But do you know the 6th, unofficial Great Lake? We’re referring to the beautiful Georgian Bay, of course. This large bay is part of Lake Huron on the Canadian side. The body of the bay is closed in by Bruce Peninsula and Manitoulin Island. The bay was named after King George IV in 1822. 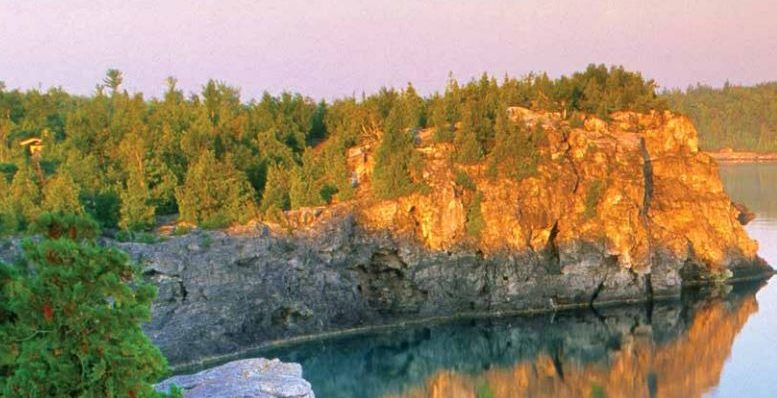 The area around the Georgian Bay has been inhabited for more than 10,000 years! Specifically, Manitoulin Island has evidence of early indigenous settlements after the thawing of the last ice age. Legend tells of Kitchikewana, a god large enough to guard the whole bay. Kitchikewana fell in love with a woman, but when he found out she was already engaged to someone else, he went into a rage. Kitchikewana grabbed a large ball of earth and threw it into the Great Lakes, creating the 30,000 islands. The marks of his fingers digging into the earth created the five bays of Georgian Bay – Midland, Penetang, Hog, Sturgeon and Matchedash Bays.

It is believed that the first European didn’t visit the area until 1610. The earliest Europeans there were young men sent to live with the indigenous people to learn their languages. They then were employed as interpreters. In the following years, explorers and missionaries began moving through the Georgian Bay region. In the 19th century, the Georgian Bay became important militarily, with a naval base built at the south end of the bay, and a battle occurring there during the War of 1812. The bay was charted by the navy in 1815 as Lake Manitoulin. It wasn’t until 1822 that it was renamed after King George IV.

Manitoulin Island is the largest freshwater island in the world. The name comes for the historic Odawa name Manidoowaaling, meaning “cave of the spirit”, named for an underwater cave believed to house a powerful spirit. On the north shore of the island sits Little Current. Little Current is known for its one-lane swing bridge, the only way to access the island by car since 1913. Visit nearby M’Chigeeng to experience the Ojibwe Cultural Foundation. Originally built in 1974, this museum is committed to keeping the language, art, and craft skills of the Anishinaabe alive. Exhibits include porcupine quill boxes, sweetgrass baskets, traditional and contemporary indigenous art styles. The Foundation is home to the museum, art gallery, gift shop, all Anishinaabe language radio station and performance amphitheater.

Midland is located at the south end of the 30,000 Islands. Midland is home to Sainte-Marie among the Hurons, a living history museum. They depict daily life during the 17th century for European missionaries in the area. Also, Wye Marsh Wildlife Centre has beautiful marshlands that are habitat for Trumpeter Swans, Least Bitterns and Black Terns. The Trumpeter Swan is the symbol of Midland, and the harbor has a large statue of one that you can see if you take an outdoor stroll. 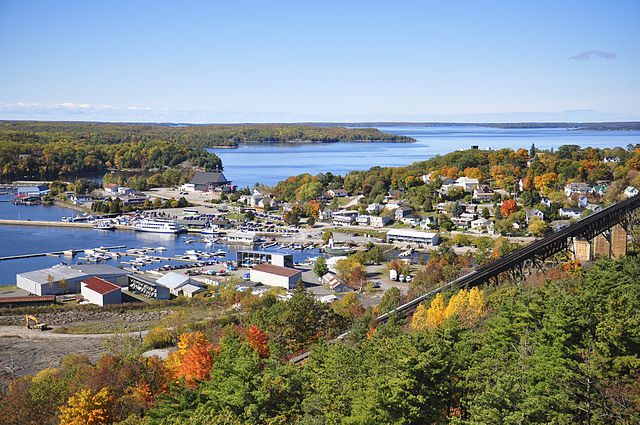 Beautiful Parry Sound is one of the five bays within the Georgian Bay. The largest peninsula is home to Killbear Provincial Park. This is a popular excursion aboard the Pearl Mist, lead by a local naturalist to learn about the ecology of the sound. At the head of the sound is the port town of Parry Sound. It lies within an UNESCO designated Biosphere Reserve. This part of the bay is home to rare species of plants and animals. There’s many ways to explore this area, including cruise and floatplane! If you’re more athletically-inclined, Parry Sound was also home to Bobby Orr, decorated hockey player. Visit the Bobby Orr Hall of Fame, an interactive hockey museum.

Splendor of the Great Lakes

Splendor of the Great Lakes